The Discovery School, Inc. was founded in 1990 as Discovery Elementary School, Inc., a private, non-profit, tax-exempt corporation dedicated to providing children a quality elementary education with Montessori principles. The Toddler Community was added in 1992, and our name was officially changed to Discovery Montessori School, Inc. to reflect our entire student population.

The Primary level was added in 1994 to meet the needs of our growing Montessori community. Due to this growth Discovery Montessori expanded its 6th Avenue Jacksonville Beach location to include a satellite campus at 102 15th Street South. This new site, dedicated as the Hudson Lane campus, began offering classes to our older students in 1995. In May of 1998 construction for the Primary building at the Hudson Lane Campus began. Site expansion continued with the elementary building, and finally the toddler building was completed in 2002.

Discovery now offers programs for toddlers through sixth grade, and the Hudson Lane campus is the school’s sole location.

During the 2008-2010 school years the final phase of the campus was completed with the construction of the Walchle Multipurpose Building. This building houses our Upper Elementary program, library/multimedia facilities and the After Care program. In addition, the back of campus went through a wetlands mitigation process that resulted in a full-size playing field and the planting of an Edible Schoolyard.

In June of 2014 a dedicated elementary playground was added to the playing field, incorporating the full size basketball court and free play area for students. In June of 2016, the school once again changed its name to reflect program growth, becoming The Discovery School. 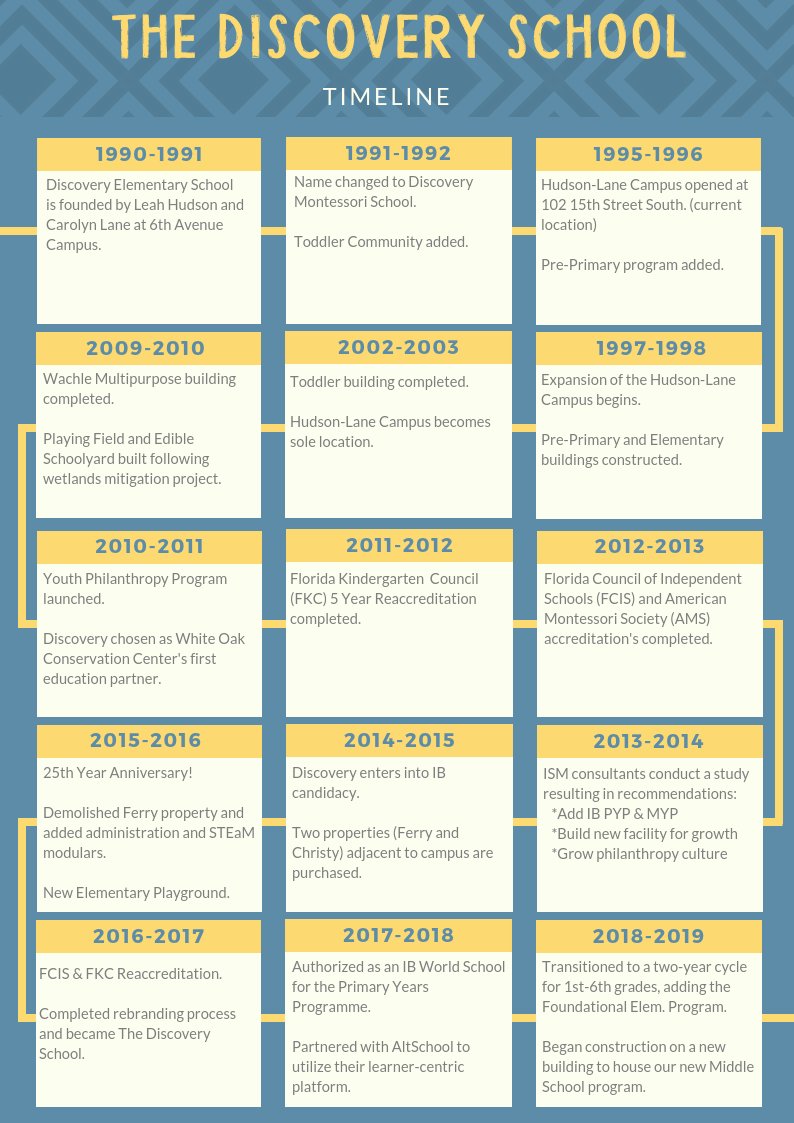